Okay I’m back! 🙂 I have to get these photos posted! 😉 Life doesn’t always like to give me time to keep up with all the blogs, and the fitness groups and the homeschooling all at the same time. Looking through these photos makes me homesick for more Disney though! It’s amazing how it gets in your blood, it really is a magical place! Ella’s still talking about it almost daily too!

So for our second day in the parks we went to Disney Land!! Finally after all of that. 🙂 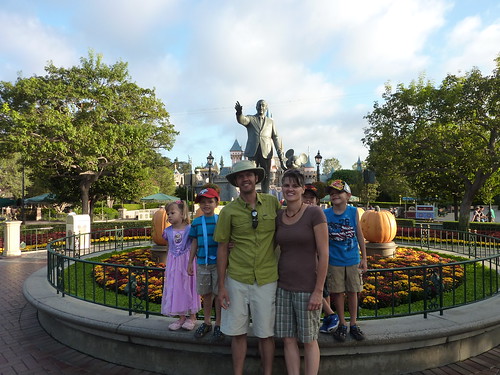 We got in with the Magic Morning, but found that the extra hour wasn’t really all that amazing in this park. You couldn’t get to the popular rides for fast passes even though you were there early so… not sure about the best way to make that early morning more worth it. We certainly weren’t going to stand in line for an hour to get a ticket to come back and see Elsa and Ana, but a LOT of other people were. And then… when the park did open for everyone else, people were RUNNING to get in line for those princesses. I hadn’t seen anything like it as the Disney cast members were yelling for people to walk. Insane!

But we did get to get our princess’s picture in front of the castle before the hordes of people came through. 🙂 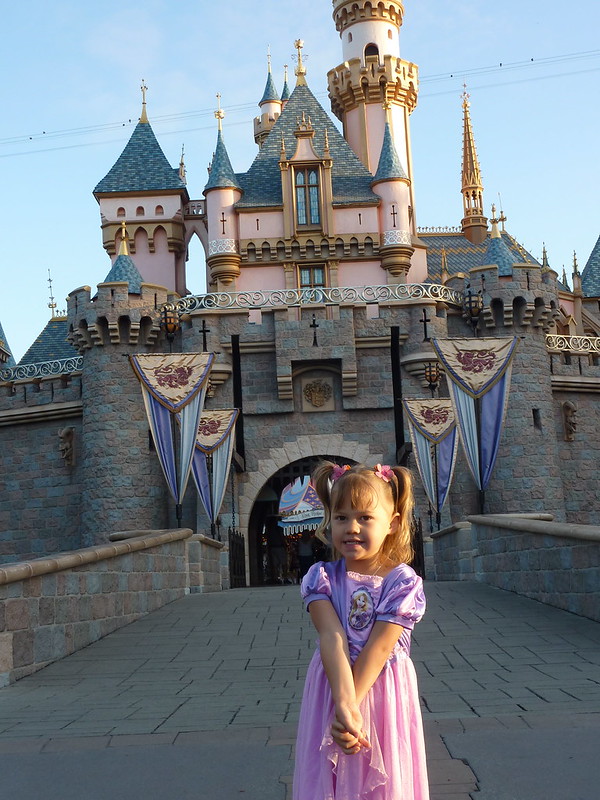 Trying to figure out where to have coffee… the most vital need of the grown ups on the trip. 😉 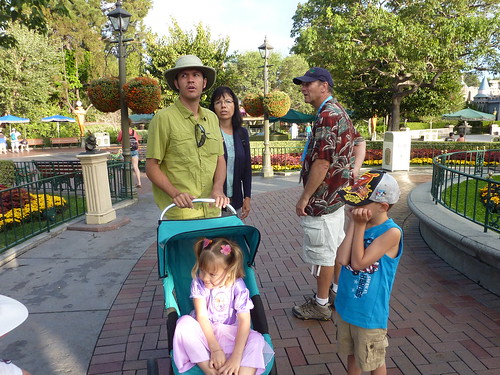 Ella’s grumpy again because she had to be out of her stroller. She was VERY possessive of that rented stroller. 😉 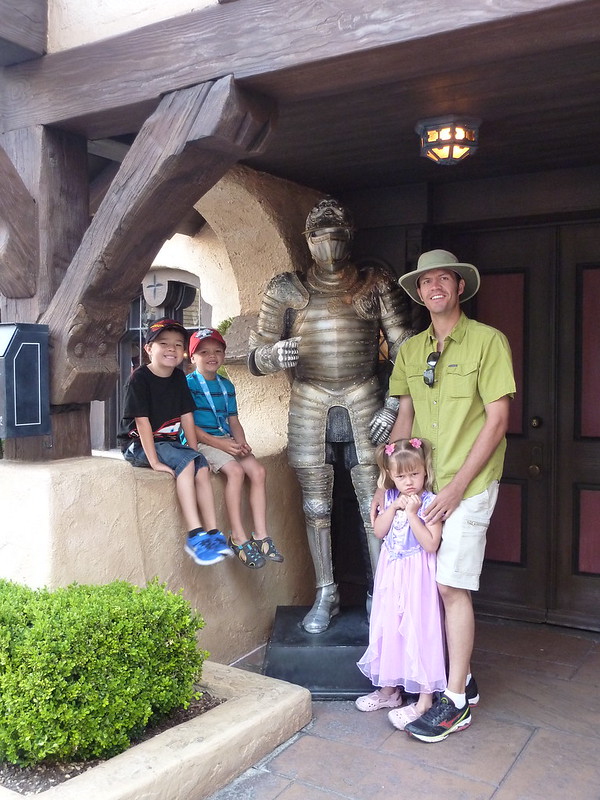 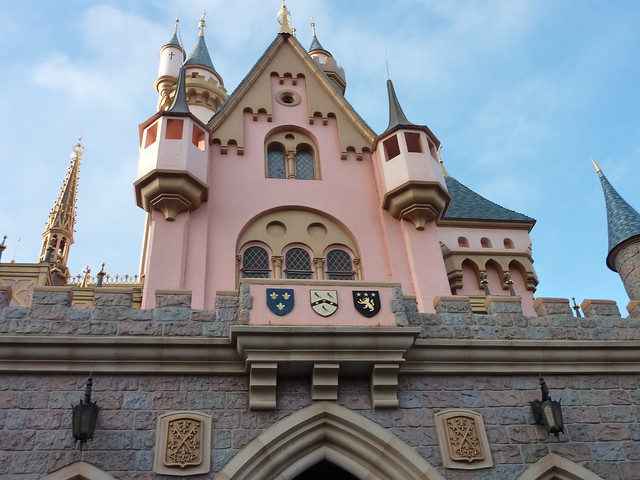 This is how a grandma in the midst of political campaigns and home remodels does Disney. 😉 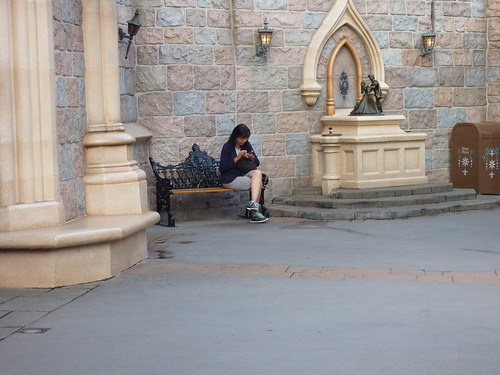 We visited the Tiki Room, one of my all-time favorites! 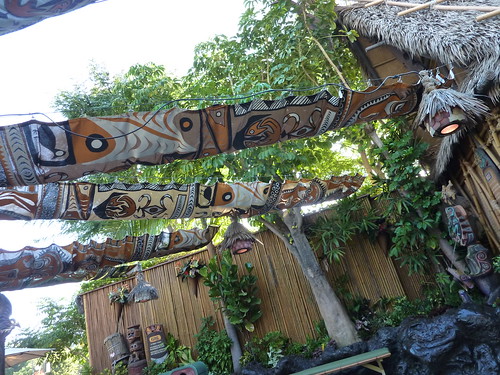 And durring a lul while waiting for Popeye and Daddy to get through Indiana Jones, I got the kids Lolly-Pops! Myles had it in his head that they needed one of these at Disney and he talked about it a LOT! I don’t recall if they got one the last time we came, but they must have and it must have made an indelible impression on him because he NEEDED this to make his experience complete! 🙂 (Kinda like I needed a churro to make my trip complete!) Ha! 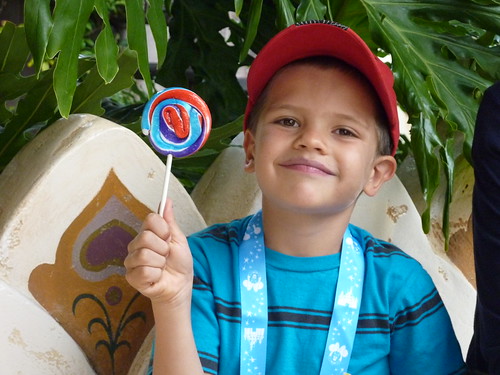 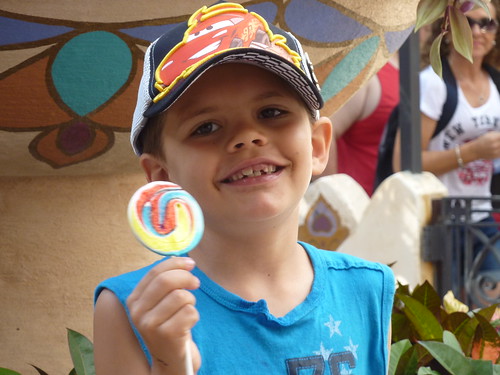 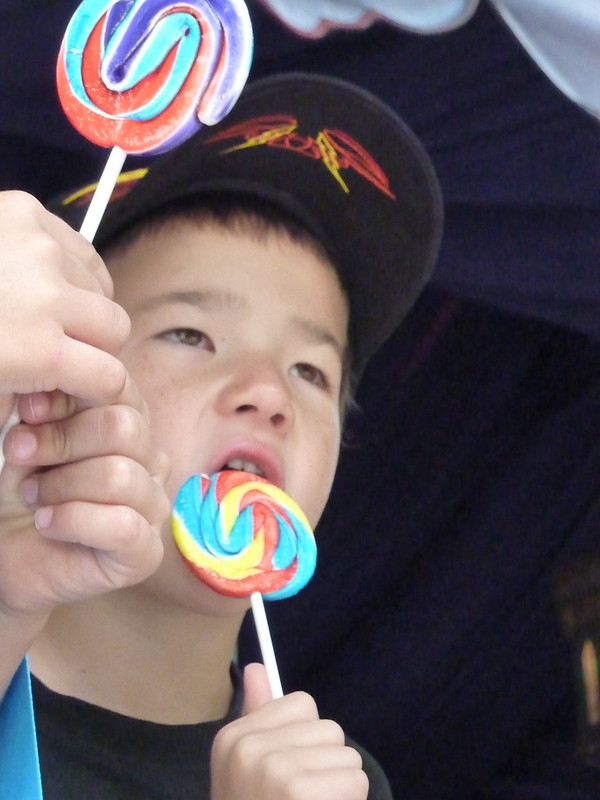 Me and my Repunzel. The Disney cast members would call Ella “Princess Repunzel” because of her dress, and she LOVED it! 😉 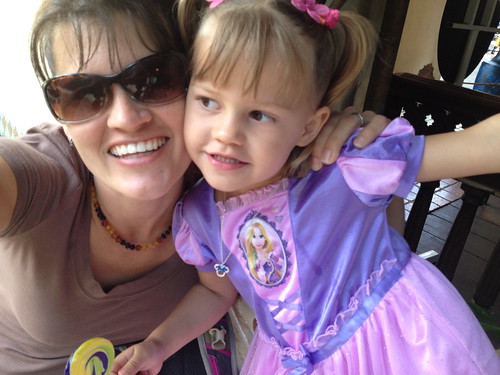 Waiting in line for Pirates of the Caribbean! We love this ride! Stu and I went to eat that evening in the Blue Bayou in the Pirates ride! It. Was. Amazing!!! 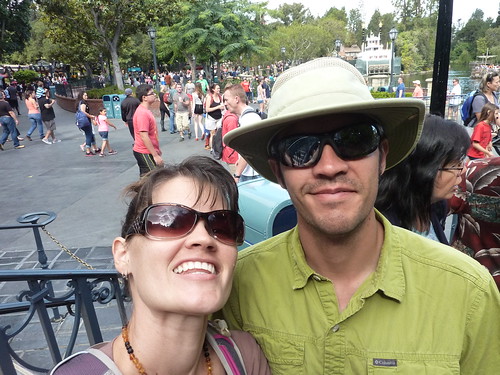 So my favorite of all time ride… have I said that before… is Splash Mountain! I just LOVE the photo at the end and always get a copy! I was NOT disappointed this time either! The faces on the kids are just priceless! 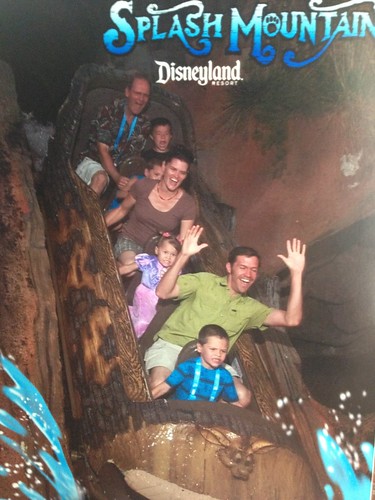 Riding the train to Tomorrow Land! 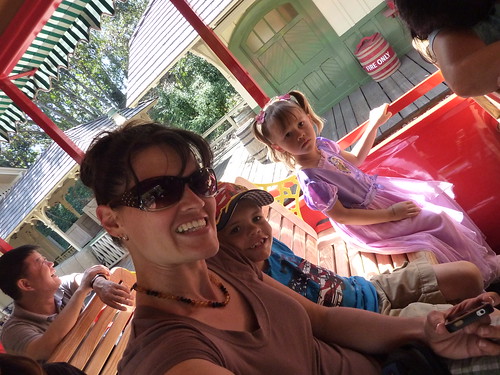 We discovered that the rental strollers actually do fold! Ha! Took two seasoned parents and a cast member to figure it out but it is possible! 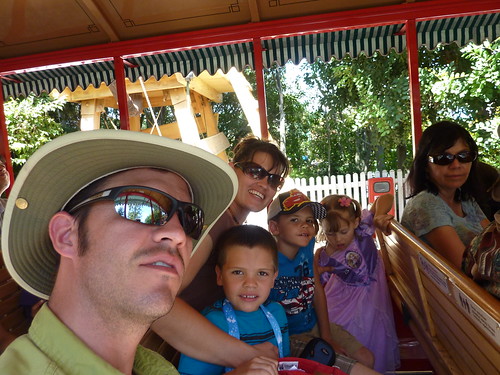 Ella was my driver on the Autopia ride. I dislike this ride simply because of all the gas fumes! You have to smell it for forever in line and then all along the drive too, but the kids love to drive the cars so I guess it’s all worth it! 😉 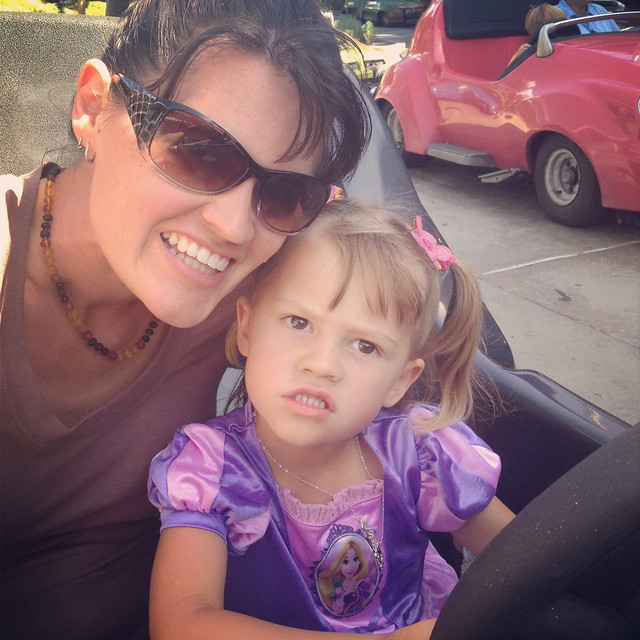 This was our “short” day in Disney because of our dinner reservations for the Blue Bayou. Grandma Noggle and the kiddos vegged on Disney TV with room service and then after that amazing dinner we collected all of them and came back for the Mickey’s Imagination light show thingy… I forgot what it was called. Oh Fantasmic, that’s it. 🙂 And I have to tell you an amazing story. I didn’t get any still photos cause I was videoing most of it. We had front and center seats for the show and this was how it happened.

We actually got there a little too late as far as good seats go. We browsed around a little bit and Stuart eventually found us a place to park that wasn’t too bad. We’d only been there just a minute when this older man with a flashlight came and asked us and the people next to us how many we had. We told him, thinking he was a cast member and he said to come with him. He led us through the crowd, through a roped off area to a spot in the very front with some sheets spread out and said we could sit there!!! Turns out this fella is just a HUGE Disney fan! I couldn’t tell you how often he shows up at 5pm and saves space to share with people, but I will tell you that he has the program MEMORIZED!! He sat there in his little electric scooter and talked to us, clearly enjoying all the kids around him. It was very awesome and we had a great time!

Sadly the fireworks after the Fantasmic show was canceled only a few minutes in because of upper wind currents or something, but we got to see some of them, and Tinkerbell made her appearance flying around the Madderhorn mountain, so it was all good. 🙂 The kids slept like little lumps after this. 😉