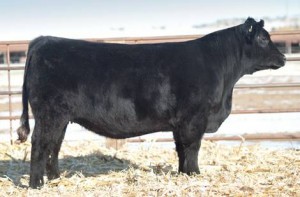 We are buying a whole grass feed Black Angus steer (he’ll look more like steak and such when we pick him up) and a 350lb organic pig… who will also not look like a pig when we pick her up.

When Stu and I started listening to an audio book called “Salt, Sugar, Fat: How the Food Giants Hooked Us”

Strange that a book like that would be the catalyst that would propel us into a whole different mindset about food. We’d wake up after listening to parts of the book and wonder what in the WORLD we were going to eat. Small changes started happening fast! Thankfully we were already on the path to less processed foods, but we had a few holdouts still. After listening to this book the cheezits and ritz went out the window too! 😉

That started us on the path of more ‘real’ food. Which led to more information about GMO’s pesticide usage and other not so healthy practices used by “big” food corp. Hence the greenhouse was born… and our twins too so we didn’t get much of a harvest. 😉

Then I started reading about raw milk, and researching goats… and you know where that led us. Ha! LRB was built and 2 little milk makers added to our “farm.” Still waiting on those babies though.

Then we read/watched stuff about big meat manufacturers and the cruelty that is so often prevalent in those places, and how the animals never see light of day or even live in a space big enough to turn around, and how they are fed really REALLY nasty stuff! And that lead to more articles about how dairy cows are treated, and how “sick” animals are prodded and propped up so that they aren’t considered a “down” animal that can’t be used. And when it finally is too sick to stand on it’s own (or just before) they will sell it at a discounted rate to be used in lunches for children in the “free school lunch” programs. Disgusting!!

Through this process at various times I would be completely confused about what to eat? I spent more than one day prowling the aisles at the grocery stores picking up products, reading ingredient lists, putting them back on the shelves, and leaving completely discouraged about what to eat and what to feed my family! That’s not a fun place to live, but it is just a phase. Eventually I started to assimilate little chunks of the information into our day to day lives. I would completely cut out some things while simply cutting back on others. Learning to make better choices and know when “organic” is the best choice or when it’s okay to go with conventionally grown stuff.

Slowly but surely we’ve been changing to a real food diet! Full of good old fashioned, good for you (yes GOOD FOR YOU) fats, carbs and protein! 😉

The one place I was having difficulty was the organic, grass-fed, meats. They are pretty much not available at the stores in our area. So I started looking into options for buying a cow or pigs to raise ourselves and butcher. That’s ultimately where we would like to be, but my poor hubby has had more “projects” to do getting our farm up and running and we’re not ready with the fencing/housing requirements for extra animals yet.

So I hopped on craigslist where I’ve seen animals, butcher ready, offered before. Like I said in that one post, farmers are around, and most of the time, I’d say, they care deeply about the quality of their animals. Because they KNOW what goes into that juicy steak that ends up on your plate! We are just beginning to understand that with our own animals. Loosing laying chickens is enough to drive home the lessons that it takes investing a lot into animals that will start returning that in the form of good food!

Anyway, I did find a farm, and they have grass-fed cows that they’ve ranged, and then finished with heirloom, non-sprayed alfalfa. The guy I spoke to said that they guarantee non of their animals have ever been feed GMO’s. The cattle are never given grain or corn! And their pigs are organic as well.

After e-mailing back and forth a few times, Stu and I decided to take the plunge! We’re going to purchase the entire steer (think 8-900 lbs of beef!) and the pig which will be close to another 300lbs of meat. And yes, we will be investing in more freezer space too. We should have all this amazing food at our disposal in 2-3 weeks! I can hardly believe it!!

One thing that has really been so fun about this is that Stuart and I both see this as an important step for our family. Buying this much organic meat is a very large expense at one time. Though I believe in the long run will save us money since the price is still well below what most markets are charging for their beef, and we won’t be going to the store as often which adds up in gas savings as well. Not to mention savings in the long long run by healthier lives. But I’m so happy that it’s not something that I’ve been in on my own. I haven’t had to twist arms, manipulate, beg, nag or whine to try to get my hubby on “my side” or to at least say yes to stop me from bugging him. (Not, by the way, that I think using any of those tactics is a good idea, but that’s a post for another day.) 🙂 The point is it’s important to us both and since that’s the case we’ve both jumped into this ready to do the work, and reap the rewards. 🙂