So… the goats are coming home on Sunday. I’m trying not to totally freak out between now and then because stuff just isn’t ready. Hopefully it’ll be ready enough, and even if it’s not, we’ll improvise. We can do that! 🙂

In the mean time I’m attempting to gain a foothold on the million and one things hanging over my head to do. Blogging is probably not one of them that should be near the top of the priority list, but it seemed like a good thing to do at the moment since I was starting to get pretty crazy. 😉 What? Moi? NEVER!

Actually considering that Murphy has been hanging around, okay so he moved in!, and we’ve had some setbacks, the barn is progressing quite well. On Monday I painted the sides. Did I mention Stu is building the “pieces” down at the house and then we’ll assemble them on the hill? Anyway, I painted the sides, and immediately fell in love with my Little Red Barn! (LRB for short) 🙂 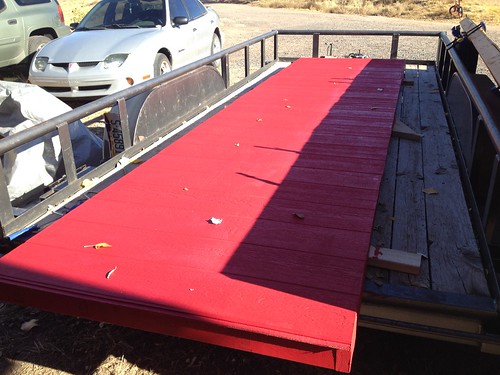 I mean, really, what OTHER color could you possibly use for a proper barn? Huh?
Here’s the 2 walls loaded, and then we hauled em up to the barn site. Check! 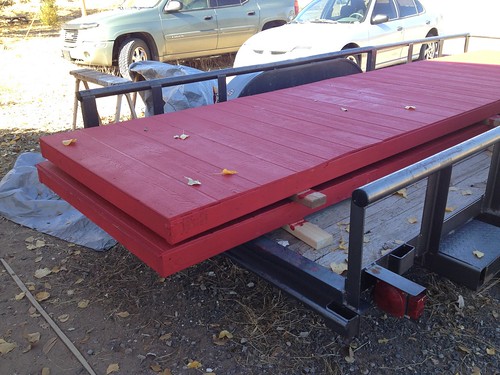 Those suckers were heavy, but not nearly as heavy as THIS sucker! 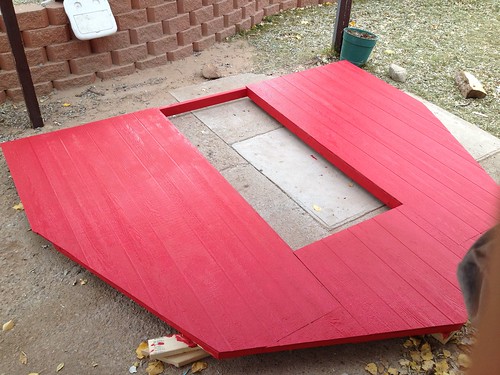 I painted the face of the barn this morning. Eventually it will have some windows with pretty white trim on either side of the door, but that’ll keep for a bit. The door is going to have windows in it, so that’ll help for the time being. 🙂 It is now loaded on the trailer and ready to be hauled up the hill too. Stu has already made fantastic progress on what will be the back end of the barn.

There’s much to do still, obviously, but I’m pleased with how it’s coming together, and LOVE the paint! Did I mention that?

We got some crates to pick up the goats with. They are HUGE! (This is Qade’s iPhone photo taking skillz right here, ha) Got a good deal on them on Amazon though since crates on craigslist were going for the same prices! 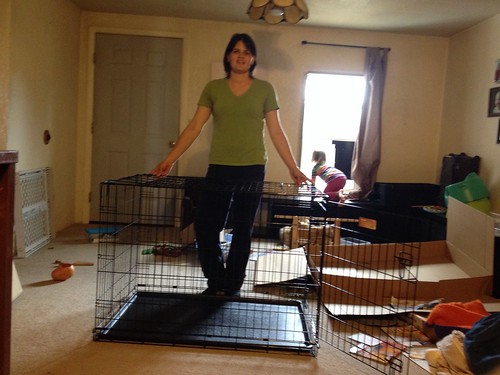 The kids took full advantage of the new crate to play “jail” all afternoon. Myles told me that it would “Not be fun in a “real” jail.” But he seemed to have a good time in this one. 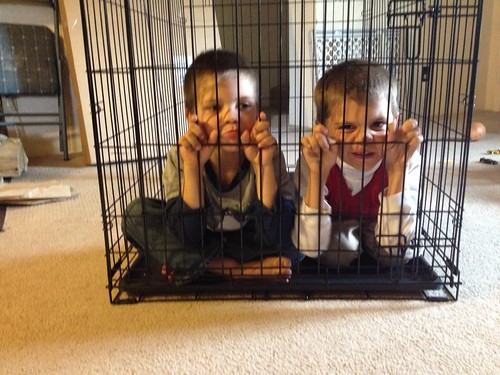 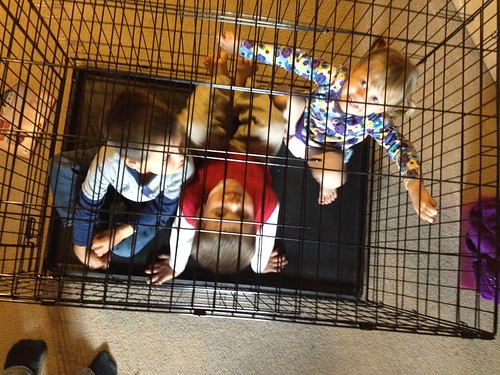 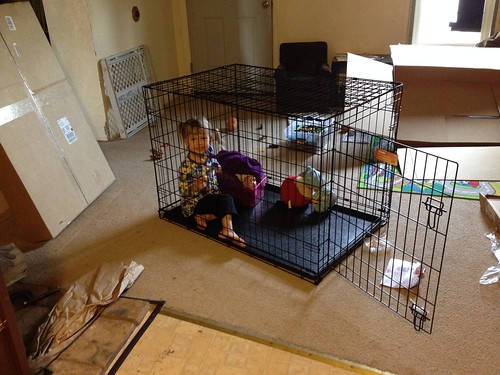 Welp, back to work!