Here’s our little flock all healthy and happy at the moment. 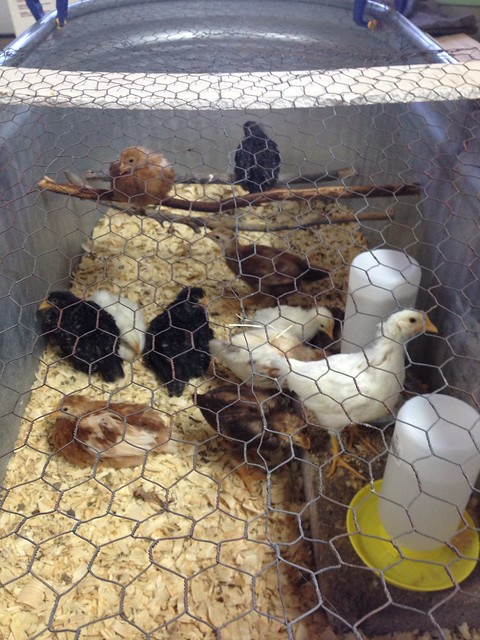 But I’m beginning to have a thought that one of our Road Island Reds might in fact be an impostor! I’m speaking of this little one right here. The one kinda stretching up. 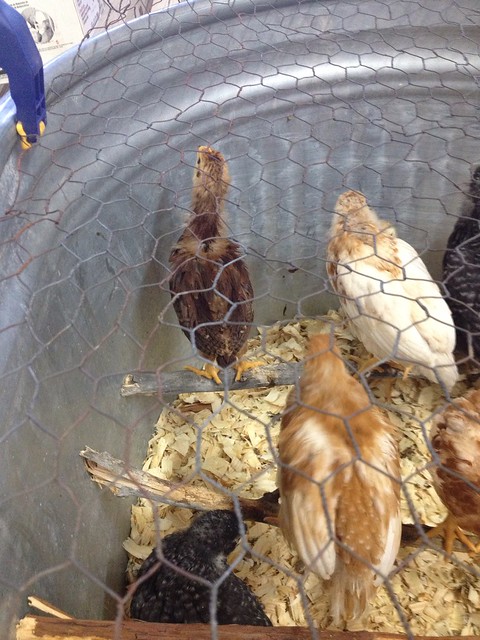 Notice the short stubby tail? Well, initially I thought this was just the youngest of the flock because it’s tail didn’t seem to be coming in as quickly as the others. They all seemed about the same size/age when we got them so this discrepancy seemed strange. All the other gals tails seemed to just POP out rather quickly. This one is still stubby. It seems somewhat “slimmer” than the other chicks, which doesn’t support the Rooster theory, but honestly I have no idea. It isn’t at the bottom of the pecking order for sure, because I’ve watched it carefully to see. (S)He gets plenty to eat and isn’t bullied in the least. It’s fairly bold and curious about the kids, but keeps it’s distance from me. 😉 Probably because I snatched it out of the brooder the other day to have a closer look at it’s dwarf tail. You can really notice the difference in size and tail in this shot. 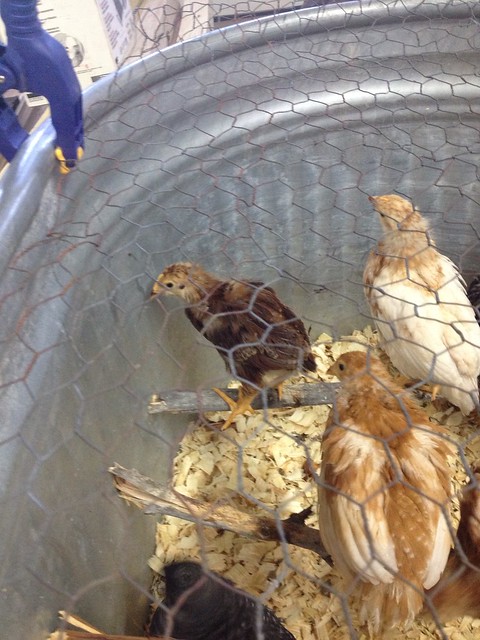 I don’t know enough about chickens in general to know if there’s something else “wrong” with this particular chick. It seems healthy enough. I know that it’s eating and drinking and it’s bodily functions seem to be fine. The only difference between it and the others is it doesn’t seem to be maturing at the same rate. So whether that makes it a Roo or not, I don’t know… Guess time will tell and if it lays an egg or starts crowing we’ll know for sure. 😉