Yesterday I finally got around to taking Myles 4 yr old photos. Isn’t it pathetic how bad I am at staying on top of my own kid’s pictures? Ugh! Oh well. He didn’t seem to care, and we had a fun time with paint and all too. 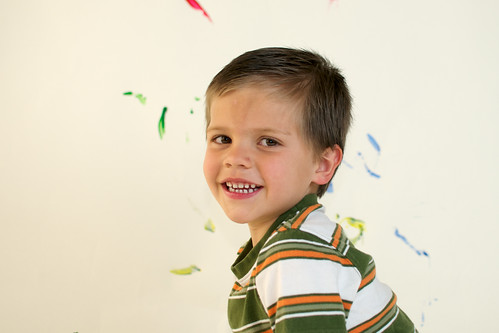 I was going to write a post about how Myles was my hero today so I just decided to blend it with his photos. 🙂 For the past couple of days Myles has been hunting down house flies and swatting them for me. He gets such a kick out of it. Today he probably disposed of at least 4. At one point when I told him I saw some in a window he went running for the laundry room saying, “Where’s that swat flies?” (aka fly swatter) 😉 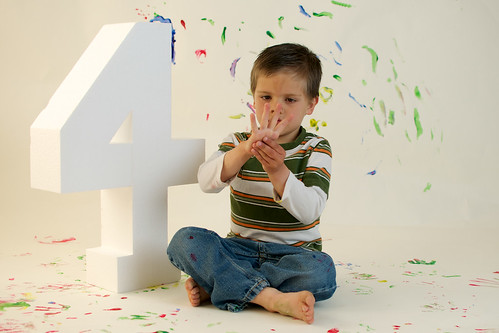 He was also the man of the house when I ran out of wood today. Stuart has been beyond busy lately with board meetings and union meetings and counsel meetings and parent/teacher meetings… to name a few. 😉 So he didn’t have a chance yesterday on his one hour off to bring in wood. It is actually REALLY warm here today (just a Spring teaser I’m sure) but I still wanted to toss a couple more logs on the fire. So I asked Myles if he would take his wheelbarrow and get me some. He jumped right up and got his shoes on. I was watching him through the window and he loaded up 4 logs, but one fell out on the way down and he decide it was too much, so he picked it up and took it back to the pile before bringing down the rest. What a little helper man! 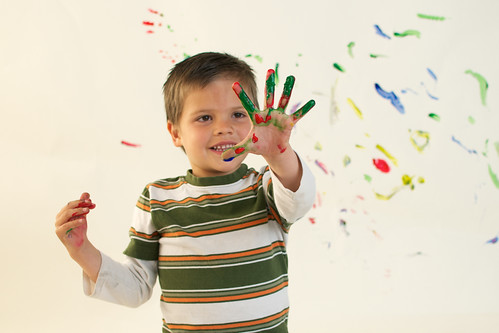 I love my kids’ feet! 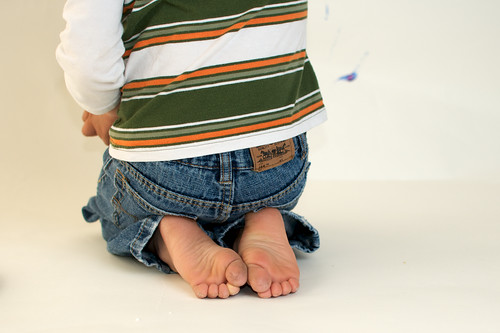 Anyway, Myles loves being 4 and he loves learning and just life in general. He still has very little patience for being hungry, but has become a LOT more picky about the food he wants to eat than he ever used to be. 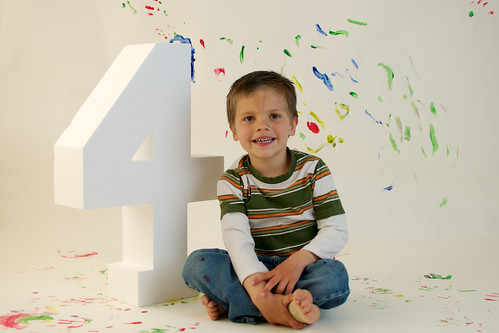 He still has some verbal issues like saying his “r” sound and some words with “l’s” as well. He also lisps slightly on s words too. I’m not terribly concerned about it yet, but I think that we’re going to start doing some verbal exercises with him, just for fun, and see if it will improve. I don’t want it to become something that he has to struggle to overcome later. 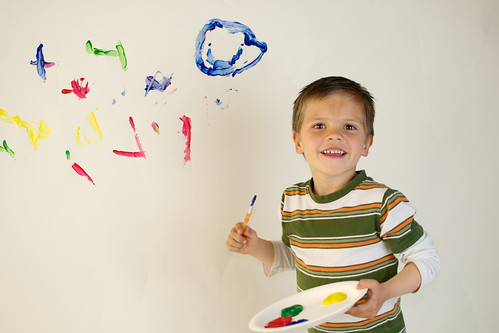 Myles loves learning. Mostly because I think he can’t stand that Qade is learning things in school that he is not learning yet. 😉 He works really hard on his preschool curriculum and is making really good progress in some of his fine motor skills like cutting and tracing. He loves to count now and will count just about everything. If I ask him to put away his folded clothes, he has to count how many piles there are before he gets started. Kinda funny! 🙂 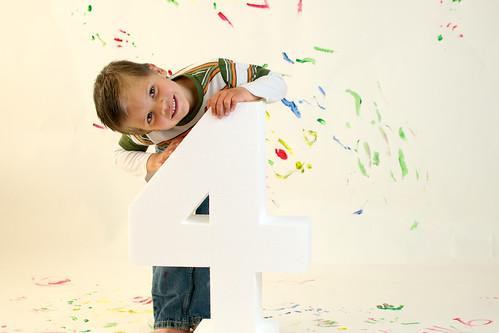 Along those same lines, he does not like to receive ANY instruction from his big brother. One day in the car on the way to Sunday School, Qade was attempting to explain the trinity (good luck) to Myles. Qade had it down pretty well but Myles was doing all he could NOT to listen. It went something like this.
Q: Myles, do you know what the trinity is?
M: Doop-de-doooo (looking out the opposite window)
Q: It’s the Father, the Son and the Holy Ghost
M: Dum-doo-dum-deee-doo (looking at the seat belts and anything else)
Not a big surprise really. Myles has been trying to do everything Qade can do since he was itty-bitty. 🙂 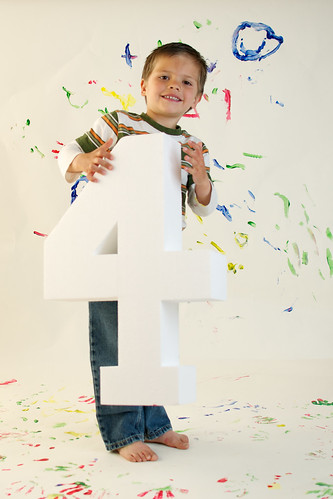 It’s hard to believe our “littlest buddy” is getting SO big so fast. Other times it’s hard to remember that he isn’t the same age as Qade. He doesn’t show as much interest in the coming babies as Qade does, but I know he’s going to be a fantastic big brother to them. So happy this smiley dude is such an important part of our family!

One reply on “Little Hero”