Soooo…. as I was looking through photos trying to figure out what to post, I came to the solid conclusion that it’s IMPOSSIBLE to sum up the Disney experience in any way that will come close to how fun it was. 🙂 Guess next time you’ll just have to come along. 😉

Let me just say that the drive to Disney was L-O-N-G! But not nearly as long as it seemed coming back. 😉 I was so thankful that de Bella was with her Grandparents because she is a miserable traveler. Which also means the rest of us are miserable as well. With her car seat out, I had packed a bucket of “stuff” for the lads to do while we drove and that seemed to help them pass the time pretty reasonably. We got to Anaheim at around 3 ish.. I think, and immediately hit the hotel pool! That was fun, and the boys had a blast! Myles managed to scare himself quite well though. He had been jumping into the pool on the shallow end with grandma there to help him up, and with arm floats on. However, at some point he thought he’d just jump in “wherever” when no one was near him, and he had no floaties. He picked a bad spot at the 4′ something mark, and managed to pop out a couple of times and sink again before one of the adults made it to him. He was fine, non the worse for wear, but he didn’t opt to get into that pool again while we were there.

Anyway, we got to the park on Thursday an hour early because our tickets said we could. 😉 However it became apparent from the moment we set foot from the hotel that the stroller I had brought wasn’t going to be much help through the day. 🙁 I borrowed it from my dad because it was a “two seater” but more like an umbrella stroller than the monster tank that we have. I should have tested it out well before we left though because it was somehow dilapidated enough that we eventually abandoned it on the side of main street and told Mickey he could keep it. 😉 The boys walked through the park all that day, and they did a fantastic job! The next 2 days we rented strollers and they were very nice!

Thursday was nice and slow! The longest ride we waited for was some kind of car ride where the boys got to drive the cars. I don’t really know why that one was going so slowly, but for all the others our wait time was never more than 15 min. It was awesome!!! And the weather that day was perfect!

Anyway, here’s what we did… 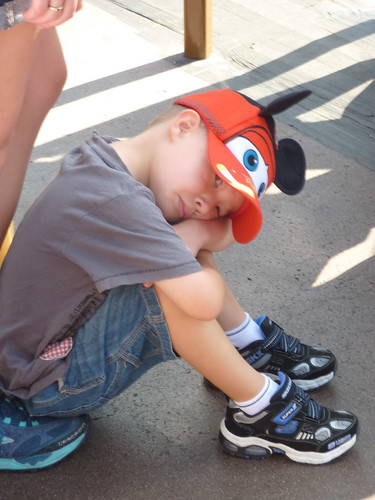 Drove a car… This was a bumpy ride. 😉 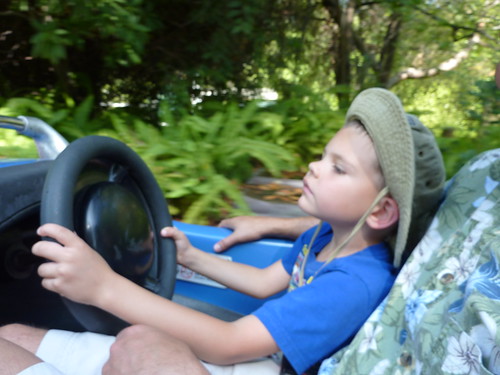 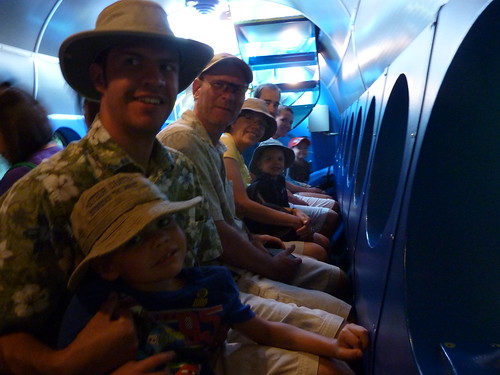 (we all live in a yellow submarine….) 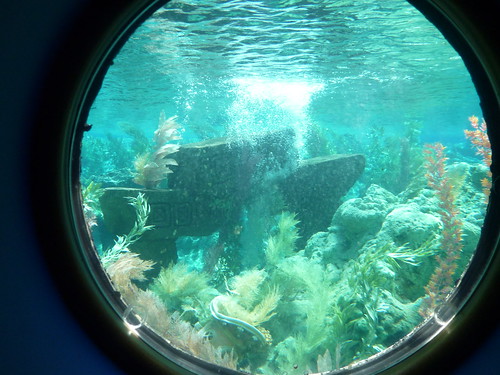 Us by the maderhorn. I did not ride this ride. They told me I didn’t miss much. 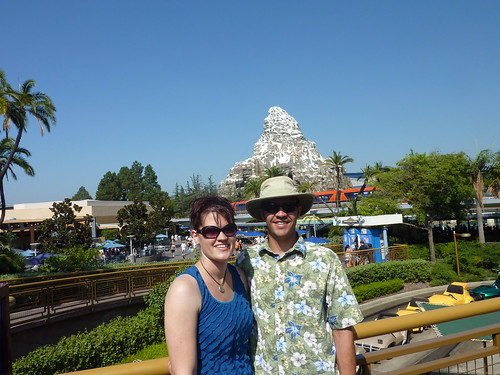 Rode Pirates. We actually did this ride several times over our visit. Love it! Now they’ve added Jack Sparrow too, how fun! 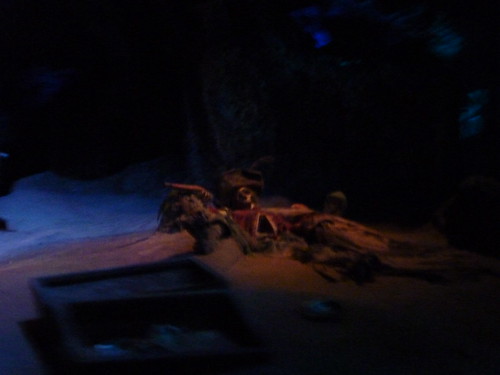 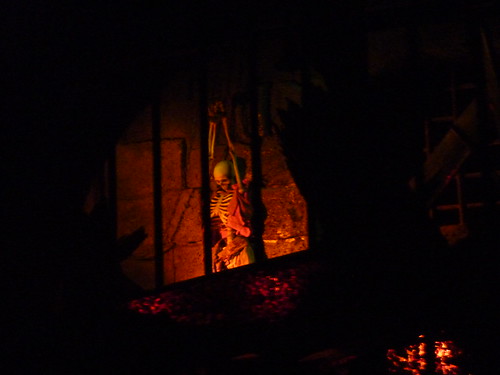 The kids had a blast on Tom Sawyer’s Island! 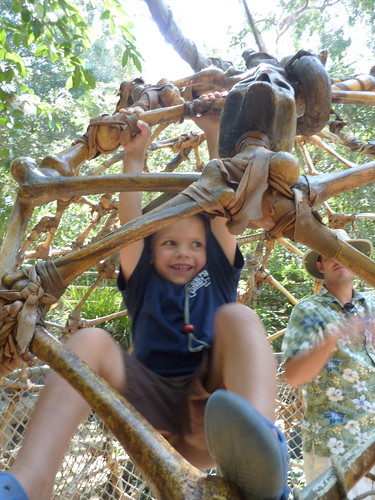 I had to get a shot of this ship on our way over. 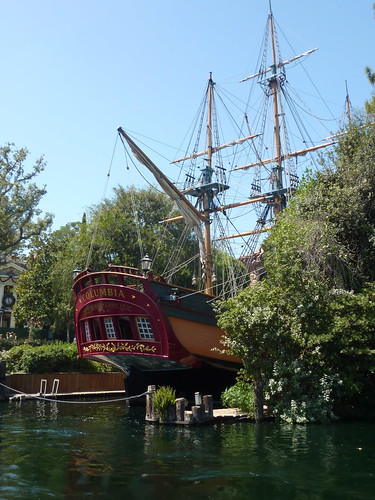 Not sure what this “bone cage” was exactly, but… 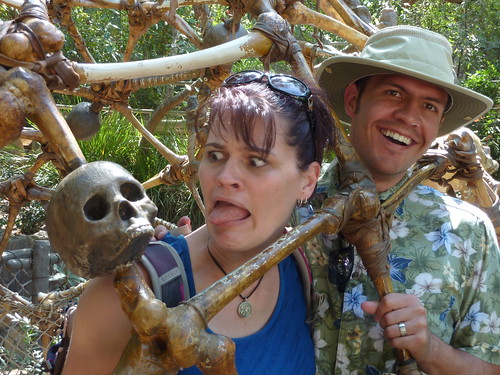 Arg, we found the pirate treasure! 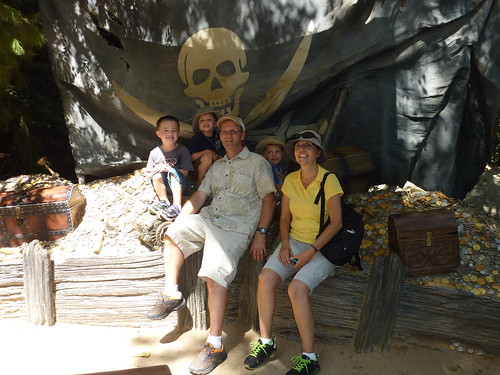 Me and my man! 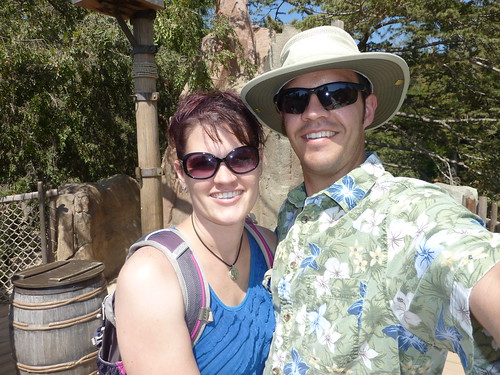 We rode the train at the end of the day to get back to the gates. The lads did fabulous, but were pretty tuckered out by this point. 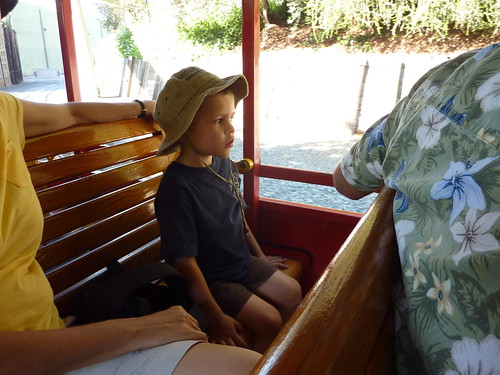 I took photos of my feet every so often. Just to prove I was actually there. 😉 I only brought our point and shoot camera on purpose because for one thing I didn’t want to have to “lug” my big baby around, she’s heavy! And I also didn’t want to worry about damaging it, AND I didn’t want to worry about getting the “perfect” shot. And I would have been much more obsessive about the photos if I had brought my ‘real’ camera, so I’m glad I didn’t. These snapshots are still great memories, and I was engaged enough in the process to enjoy the whole thing. 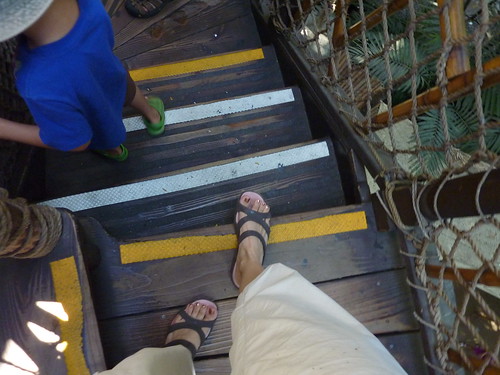 The pool time was really fun after all of our walkings in the park. 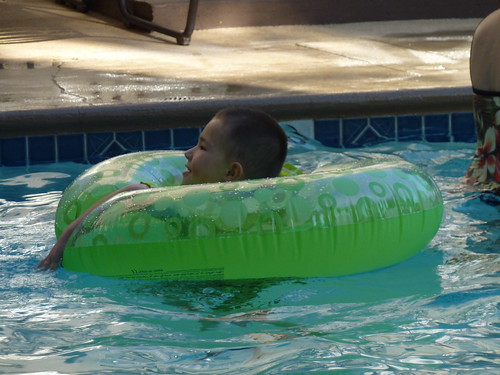 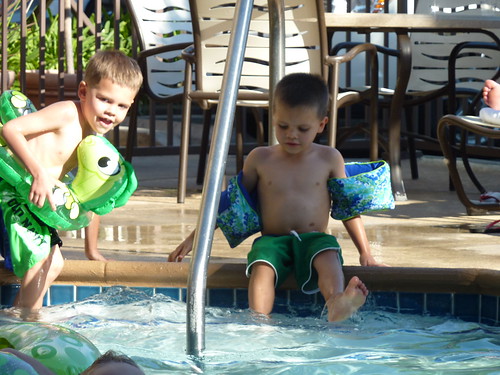 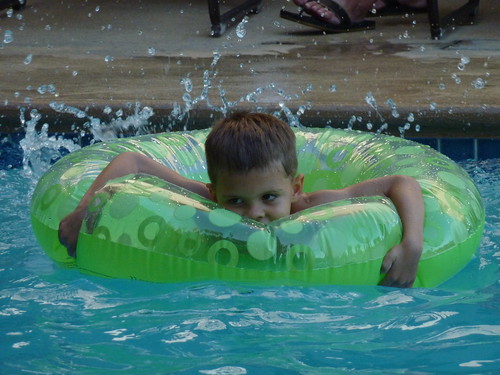 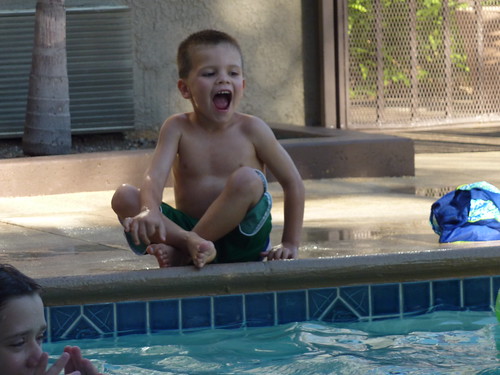 Myles had fun splashing, though he couldn’t be convinced to get in again. 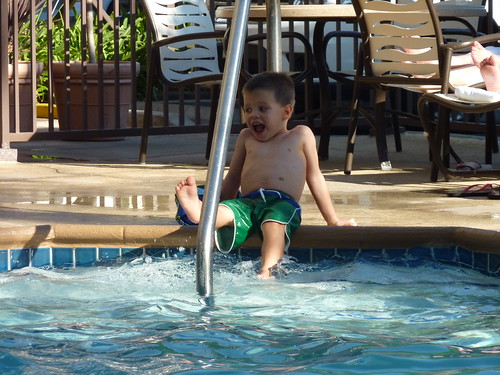 And that was day uno…