Seems I’m late(r) with these every year. *sigh* Oh well, I can always try to turn over a new leaf this year. 😉 I just had the startling realization that De Bella needs her 2 yr old photos done, and it a week and a half Myles will be turning 4! Unreal how time flies!

Anyway, as I mentioned before when I posted one of Qade’s photos, this session with the balloons was a nightmare! So I didn’t get as much variety as I wanted. There was some, but if you’ll remember, Qade had just recently woke from his nap, and so a lot of the snaps I did get weren’t the best of expressions. No big deal. I always over shoot, so I’m happy with the few I chose. Here’s a sampling.

I’ve been on a “moody” black and white kick lately. 😉 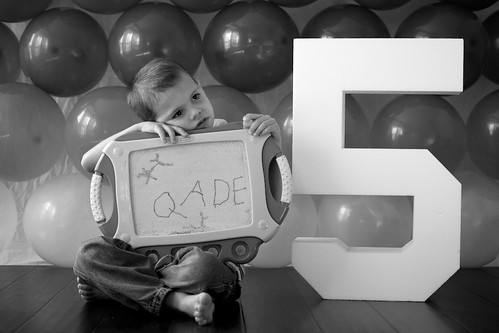 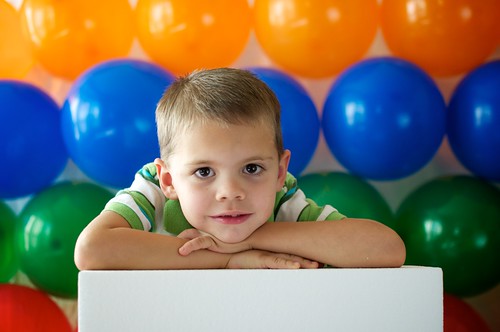 Proud of his writing skilz. 😉 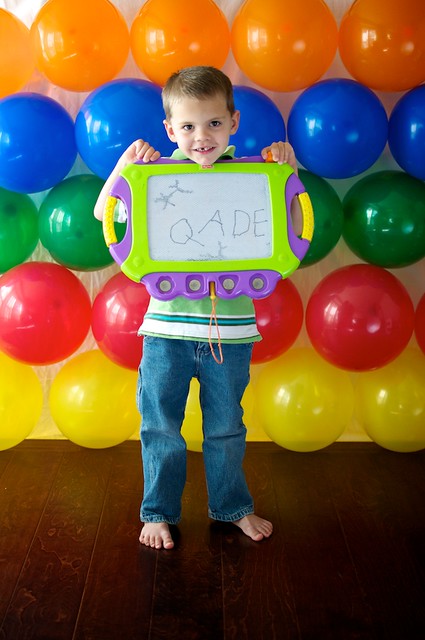 How can this lad be 5 already?? 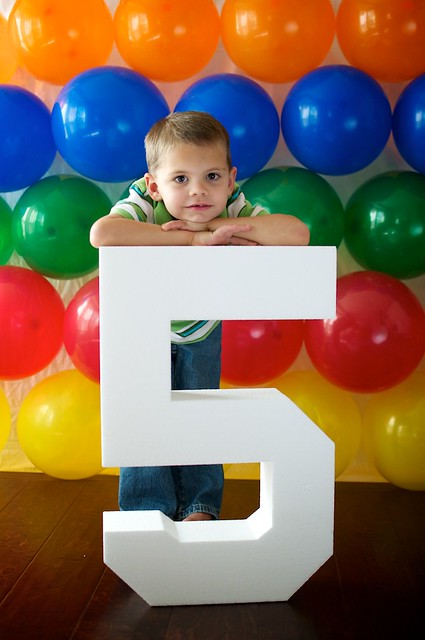 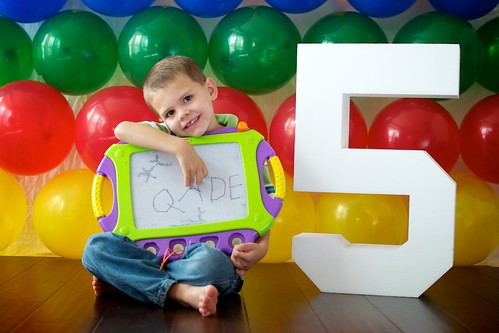 I did an interview with Qade shortly after his 5th birthday because I knew I wanted to incorporate his answers into his portrait somehow. These answers were his verbatim. 🙂 Funny thing though, his favorite color has been green (of course) for so long, but on the day of his shoot (which was obviously some time after his actual birthday) I asked him his favorite color again trying to get a smile. He paused for a moment and said, “I think orange.” And orange it has been since. 😉 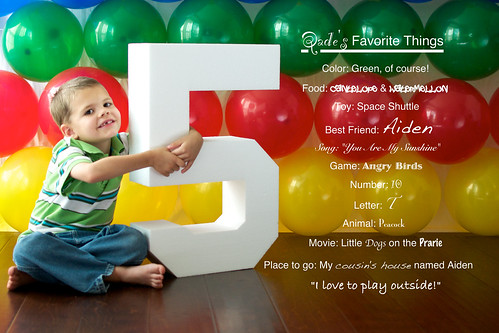 p.s. if you can’t read the text, click on the photo for a larger version. 😉