Though I don’t think a look from her will turn you to stone… though it might double you over in stitches at how hysterically hilarious this is!! 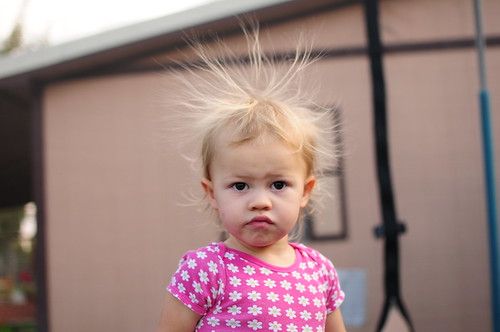 It’s this phenomenon that sent me running for my camera the other day when the kids were jumping on the trampoline. Ella’s baby-fine hair always ends up standing straight up on her head after a few minutes in the net.

Then if the sun’s right, she’s crowned in a shiny golden halo while she bounces around trying to keep up with her brothers. 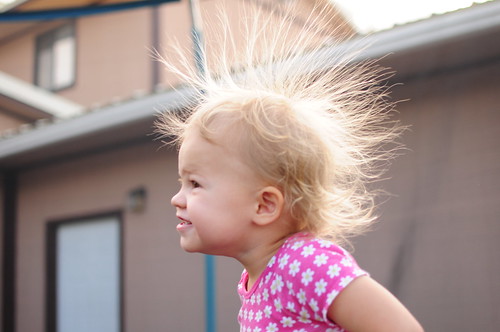 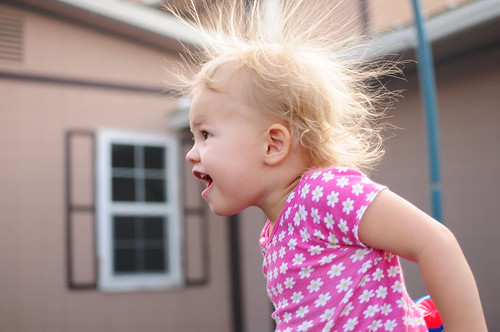 Have I ever mentioned that when I was little I thought I’d have a daughter with blond hair? 😉 I admit that I knew nothing of genetics at the time, but what do you know! My little goldie locks! 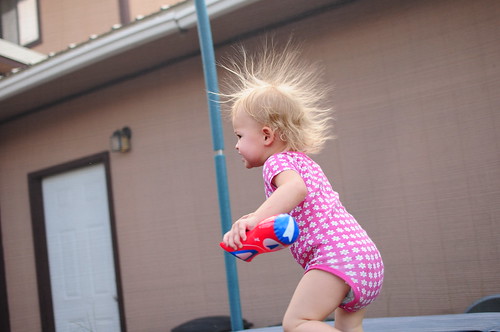 It’s fitting that her hair looks like this though instead of perfect little ringlets. She is MY daughter after all! Ha ha ha!! And I’m pretty sure that this is my new favorite photo! 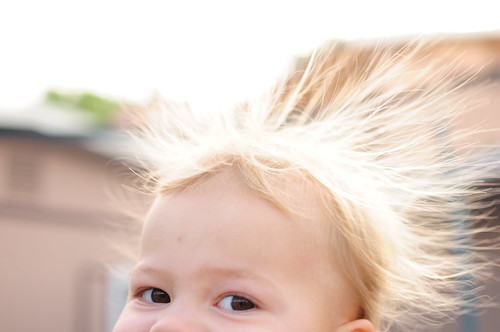