The “caged in” trampoline is nice for a number of reasons. We haven’t hand anyone bounced off. No one has konked their head on the bar, or gotten tangled up in the springs. The kids are great about making sure that it’s “zipped down” (as Myles puts it) when they are in there jumping. It’s great!

But beyond the safety though there is an added perk in the entertainment factor! 😉 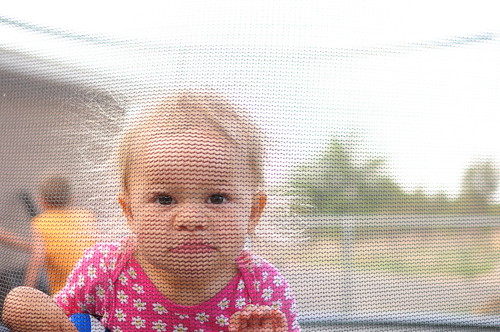 I have a series of posts all about trampoline fun coming up. I took the camera out with me for just a little while on ONE day and got so many hilarious photos, that I just have to share, a few at a time, with you! 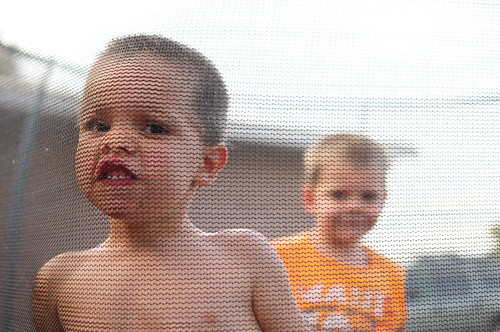 Today’s monkey faces are brought to you courtesy of the trampoline net! I could NOT stop laughing when I saw these photos!! 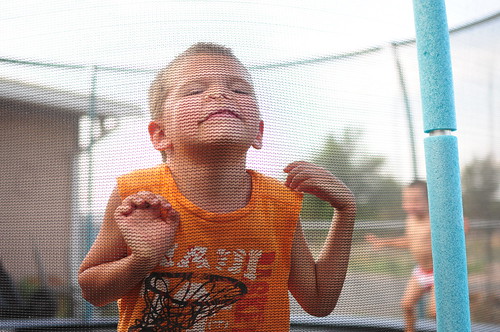 Squishy face! Faces smooshed up against glass or netting is completely hilarious!!

This one looks like it could be a “for real” expression, doesn’t it? 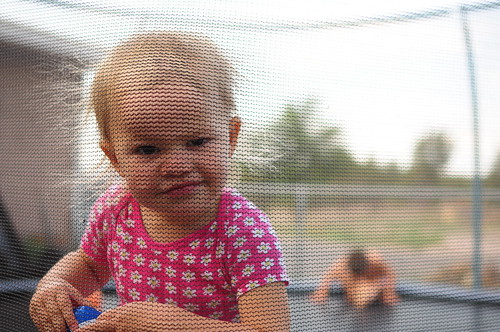 Nothin’ like a little nose… or big nostrils… nothin’! 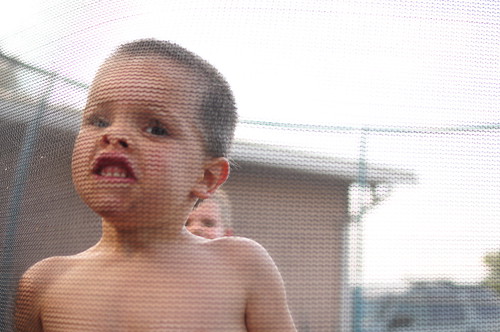 Glad I have kids willing to oblige my funny bone now and then. Ha ha! 😉 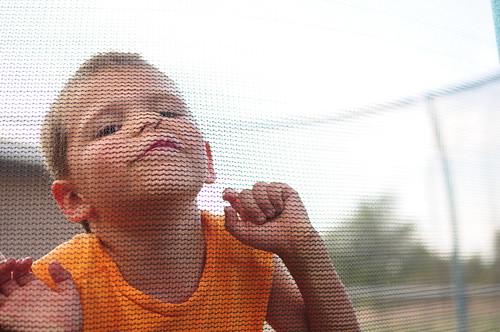