Seriously, this little monkey man is too crazy for words. He was up in out Lilac bush the other day hollering for me to come take his picture. Now can you see why that poor bush has done so poorly? 😉 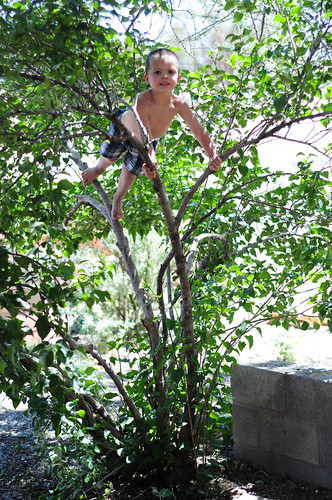 He and Qade have decided that this is the “monkey tree” and whenever they climb around on it, they are monkeys. I could have told them that a LONG time ago!! 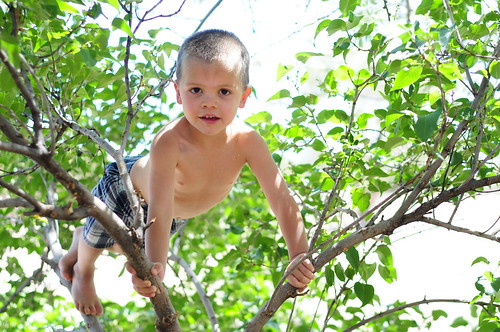 And they do look rather Tarzan-ish when they start peeling their clothes off. 🙂 At least on this particular day he still had his britches on. 😉 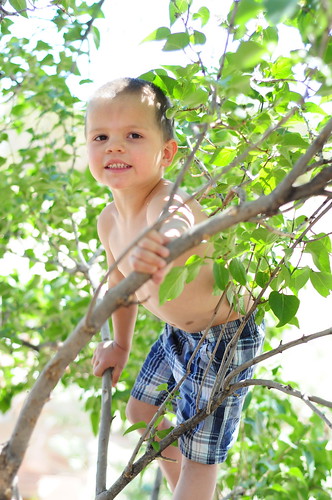 My boys resemble curious George in more ways than one, I confess. And it’s not always this cute! 😉 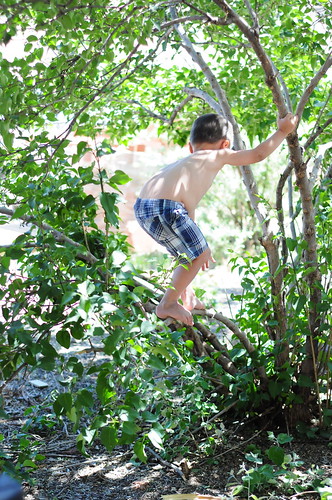 Even monkeys have a hard time getting OUT of trees sometimes! Ha ha! 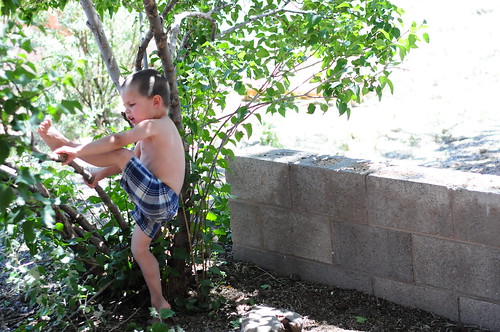 I have to say though, that Myles totally beats out George on the cuteness factor level. 😉 Gotta love my little monkeys!! 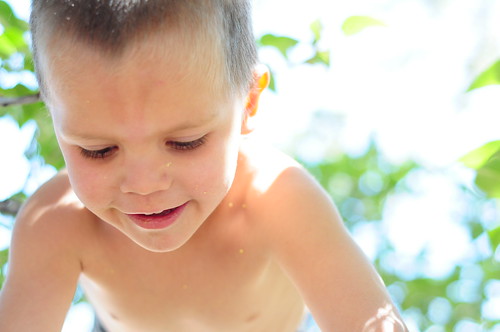 P.S. I hacked that poor bush down to nubs now, so for the time it’s safe from monkeys… whether it will survive it’s pruning, time will tell. 😉

One reply on “Curious George Has Nothing On Myles”