You remember our quirky cat, right? Recall how we rescued him from a city shelter? Recall too how he had some very unpleasant quirks, such as using the tub for his littler box and toilet for his water bowl? He also did strange stuff like dig a hole in the snow on the roof and “relieve” himself, burry it in snow and there would be nice little gifts all over the roof when the snow melted. 🙁 And of course, you must remember how the silly city kitty didn’t even know how to climb trees? 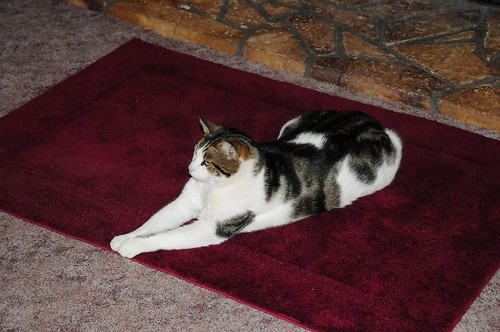 Well, I’m happy to tell you that Liam is still alive and well… quite well, in fact, the cat is HUGE! He has learned a few things since living here with us. Last summer we basically left him outside all summer long, even at night. This helped him get in touch with his feline side. He is welcomed into the house now, for short periods of time, and he behaves himself like a well bred gentleman cat. Occasionally he still heads toward the bathroom, but all I have to do is make a “Tsssssss!” sound and he reverses course. 😉 He has been keeping up his end of the arrangement, killing/deterring mice, snakes, lizards and whatever other pests their may be, and he’s done a phenomenal job. 🙂 Even if he did have to learn it all on his own. 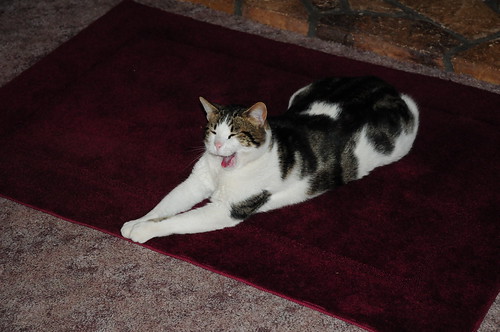 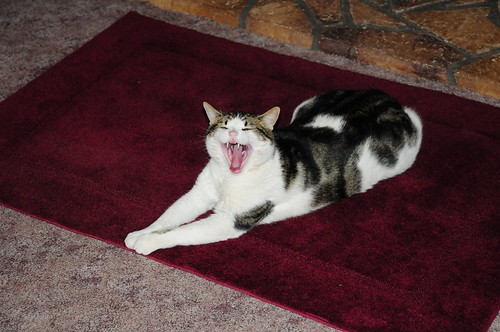 Stuart has claimed a violent dislike for Liam ever since he was so disgustingly quirky after we first got him, but I think if he’d really admit it, he likes to have him around. 😉 Liam and Cisco live together in peace if not harmony. Liam still tries to act all offended by Cisco’s presence, and will occasionally make a show of arching his back, or darting up the tree to protest the dog in his presence, but we all know it’s a sham. They get along perfectly well, though Cisco does take advantage of Liam’s moods and teases him on occasion. 😉

All things considered, I think he’s a great cat to have around. I much prefer him to little icky critters and rodents! Oh, and he’s dreadfully attached to me. 🙂 He has almost as violent a dislike for Stuart as Stuart claims to have for him, but he loves to give me kitty kisses, and still likes to jump into my lap (sans claws, he learned THAT lesson) and demand a little attention while purring away. I can’t say I’ll ever love him as much as I did Nung-Nung, she was my first “official” cat, but Liam has worked his way into our hearts and life in his own right. 🙂 Plus, Ella loves the Kitty-Kitty. 🙂 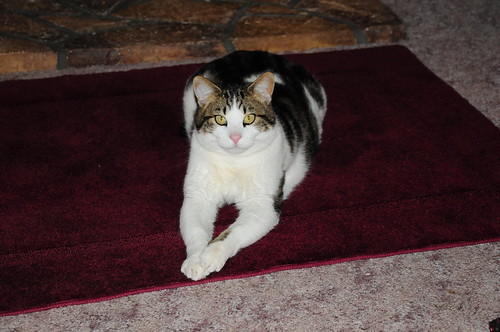