I think the faces my kids make when I have a camera in my hand (or glued to my face) are hilarious! I don’t know why they can’t just “act natural.” ha ha! Actually… maybe they are, now that I think of it. 😉 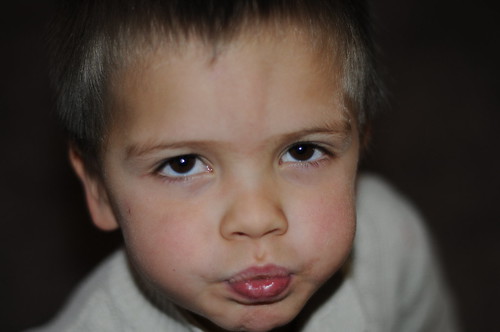 Something that almost always gets them to stop being grumpy is when I start snapping shots of their “grumpy face.” At first they try to keep it up, and then they laugh even though they’re trying not too, and eventually they give up and start grinning followed by a request of, “I want to see!” 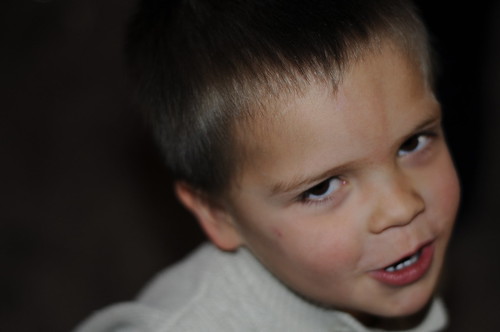 Remember the days of flim? You never heard kids begging to “see” the pictures of them the second after it was taking. Ha! Most of our video coverage of the kids has one or more of them trotting over to the camera holder asking to “see.” 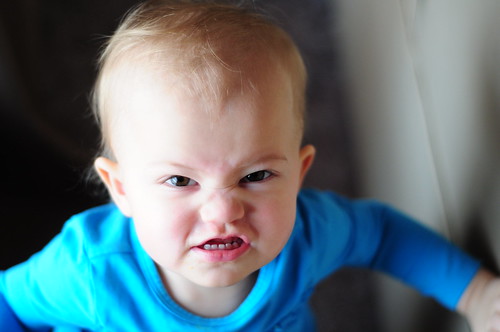 Even Ella wants to see all the time now. She’ll park herself right in my lap and watch on the viewfinder as I flip through the photos. 🙂 She believes it’s an unalienable right any more. 😉 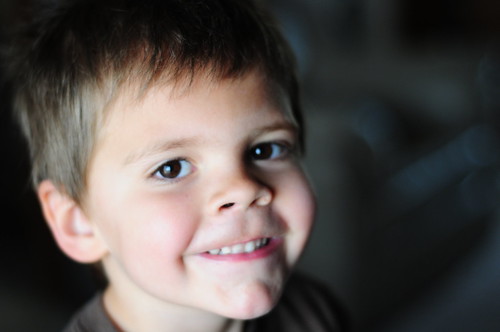 I love these faces! I think it’s hysterical how these kids can contort their features! The other day Stuart took Myles on a trip for his “special day” with Daddy, and said that he was cracking up as he’d watch Myles in the rearview mirror because Myles was apparently “practicing” all kinds of different faces. ha ha! One day, they’re future dates will get the biggest kick out of these kinds of photos! 😉 Bwwwwah, ha ha ha! 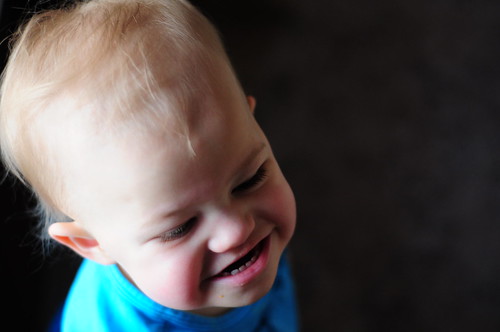 One reply on “Faces”