I saw a blog post via Pinterest that had a tutorial on using holiday lights for backdrops and such. And it looked SO magical, that I just had to try it. So I ferreted out the ONLY white lights on white wire that I could find at our oh-so-amazing Wal-Mart. This only after looking at Walgreens AND the Dollar Tree. Oh, and don’t worry, this was before I officially swore off our local WM. 😉

Anyway, I finally got enough lights, though I quickly realized that the “icicle” lights were NOT going to work like I envisioned them, but live and learn and try something else. Eventually I got it set up the way I wanted. Though in my rather tight studio space this was a little challenging. I knew I wanted to use the “natural” light from the windows, but I had to have quite a bit of space between the backdrop lights and my little munchkins. SO it took a bit of tweaking and a lot of test shots with one of the kid’s toys, but eventually I got it the way I wanted, and here’s my results. 🙂 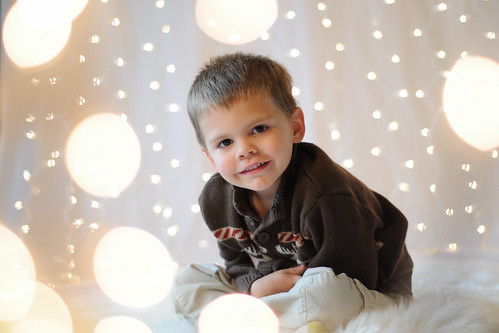 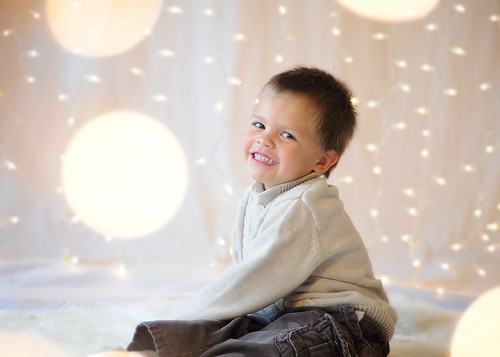 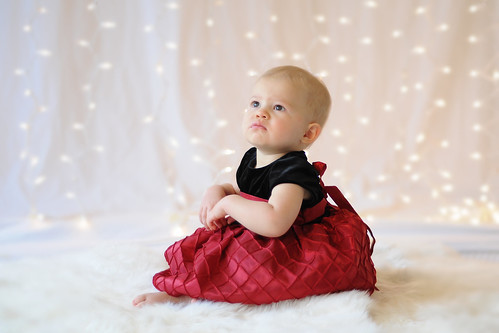 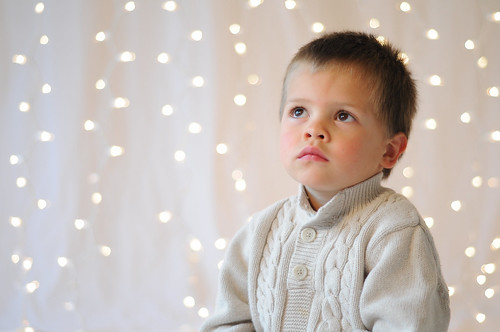 I just had to throw in that last one of Myles. I know he was just staring at the light that I was using, but it’s just such a sweet shot, and looks so Christmasy. At least I think so. 🙂