I need serious help here from my creative friends. These “dots” just are not working out as nicely as I anticipated. *sigh* The biggest problem with these right now I think is the size. I really was expecting larger dots. I told you I was putting them up with sticky-tac and that’s good because I’ve already moved them around. At first I was going to try them on two walls. Here are the photos. Keep in mind that because they aren’t actually “stuck” up there yet some of them are kinda curled. It looks even worse on these photos than in real life. I have no idea what I’m going to do!! 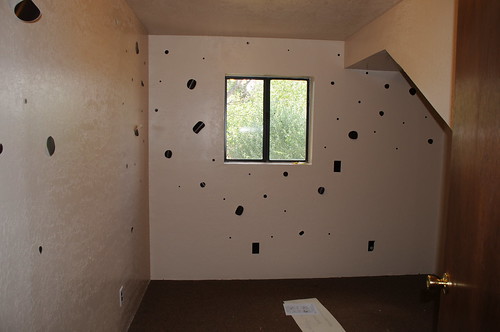 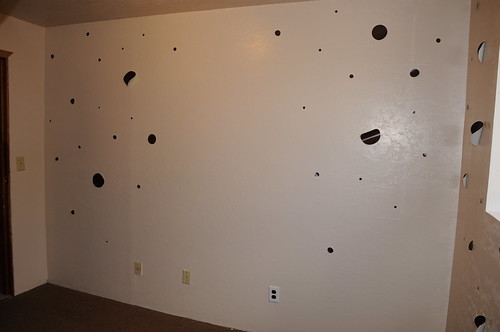 But it looked like a room with a bad case of chicken pox or something. They just aren’t big enough to cover that much space. So I took them all and put them on this one wall. Now there’s a big blank spot because that’s where the dresser and a Giraffe poster is going to go. Still, they just don’t look good to me. 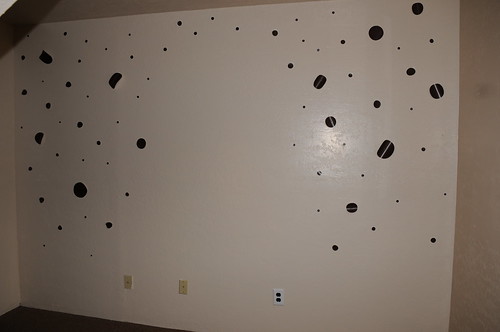 So I’m begging for any suggestions or insight some of you may have on this, and in the mean time I’m going to leave a negative feedback on Amazon for these, because it’s really quite pathetic in my way of thinking!!

5 replies on “Those doggone dots!”