I got a spur of the moment client yesterday! Her mom and grandma came by after lunch to “see my work.” No, I wasn’t nervous. 😉 I’m not a good sales pitcher like Stuart is, but I did try to be nice. They seemed to like what they saw and said that they’d bring the gal over after school to see if she wanted me to take her pics. I had a feeling that if they did come back after school it would be for an actual shoot not just an interview. So I prepared that way. Good thing too because they came all ready and rarin’ to go. I asked Tishina if she wanted to see some pictures before committing, and she said, “Oh I’ve seen them Cheyenne is my cousin. I like the pictures you take.” Yay! 🙂
So we went to work. She had an absolutely beautiful rug dress, and I love doing the traditional shots. Watching these gals get into their moccasins though makes me supper-duper happy that I don’t wear them. I imagine the ancient people just never took them off it’s such a process! 🙂 Beautiful though.
Of course I have to share some of the shoot with you. Here you go! 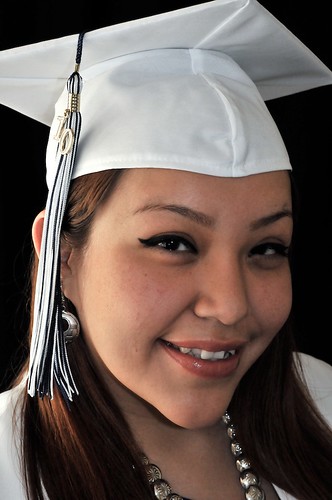 I love goofing with the color. 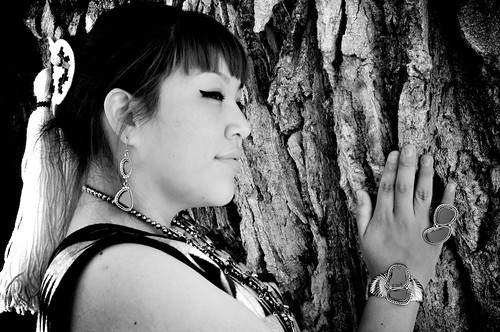 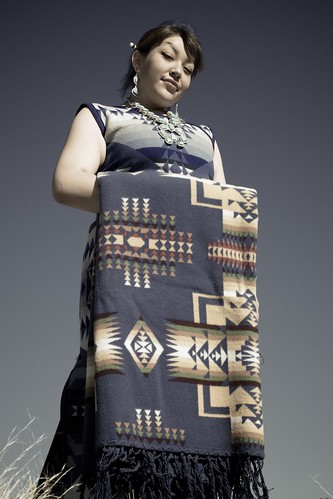 This one reminds me of some 70’s Hawaiian movie or something… don’t know. 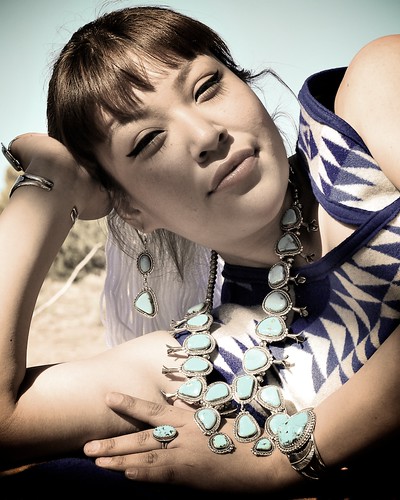 Just so you know I didn’t “add” that little sparkle on her bracelet. The sun hit just right! 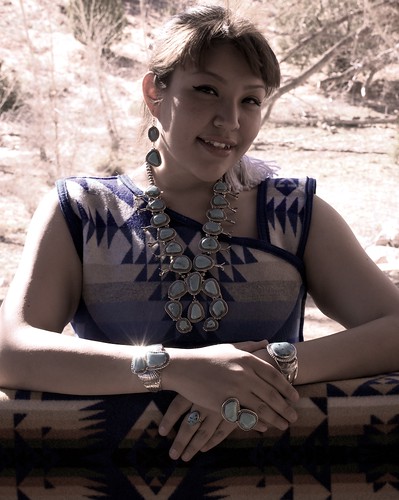 Probably my favorite of this shoot!