Well, the party’s over, the presents have been opened and in some cases destroyed, 🙂 the cake had been devoured along with the yummy steak and fixin’s, guests have departed, and suddenly I feel like bursting into tears???? What’s that all about? Ha! Must just be the after party let down. Plus now I have a few moments to really think about how quickly my little Monkey is growing up! Everyone says it goes fast. Some days it doesn’t seem like it, but looking back it always does. I nearly can’t believe that it was 3 years ago that we brought home our lil baby boy to a half-packed apartment in Greenville. So much has happened since then, and he is so much of a big boy now. Makes me realize how fast the next few years are going to go. There’s a line in the movie “Hook” that pops into my mind frequently when the mom is talking to the dad about their kids, and she says, “We only have a few short years where they’re the ones who want us around. After that you’re going to be running after them for a bit of attention.” Makes me want to make the most of all the moments in those “few short years.”
My camera was behaving very badly so many of the shots I took were blurry and that’s aggravating. *sigh* I need to learn to plan better… or just do the party at Chuck e Cheese. 😉 Maybe next year! 🙂 Anyway, I was disappointed in the pictures, but I’ll post a few so you can see how much fun we had. Cause it really was fun. Now that Qade kind of “gets” what’s going on, it adds a whole new dimension to the great times!

I like for the lads to have a birthday balloon, and this year I totally forgot! Thankfully Stu’s mom went to town early this morning and found this amazing “Cars” balloon! So cool! 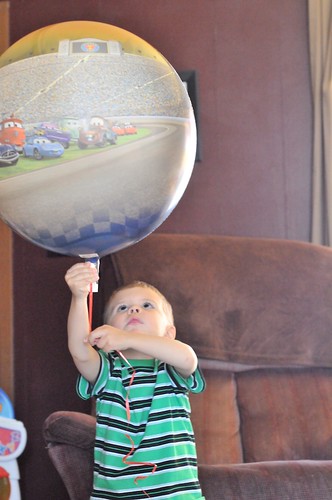 This shot is blurry and it upsets me, but I’m keeping it anyhow!! This was the look on Qade’s face when everyone was singing “Happy Birthday” to him. He loves that song!! 🙂 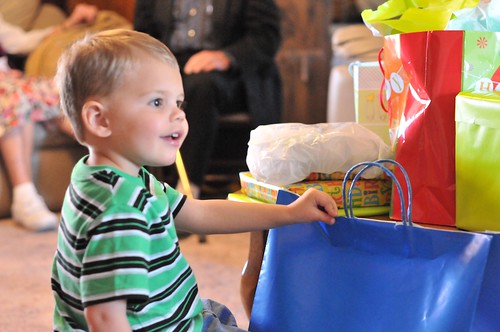 Delving in! He’s a pretty good gift opener by now. 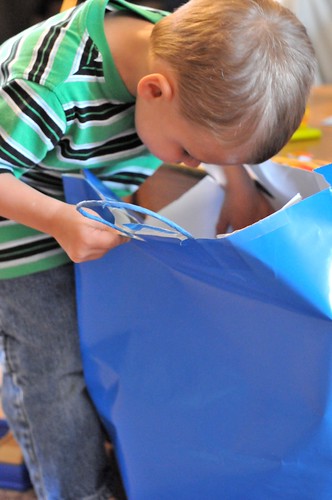 Thought this was too cute, him “reading” his card! 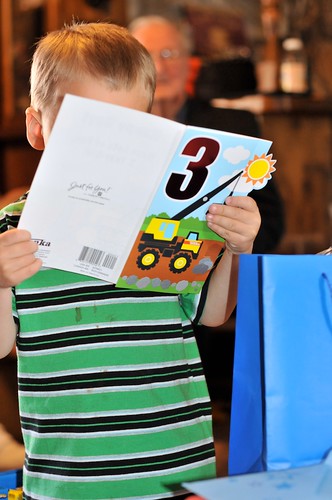 His “big gift” the new bike!! We’re probably the most excited about it. After nap we all get to go outside for it’s first trip! 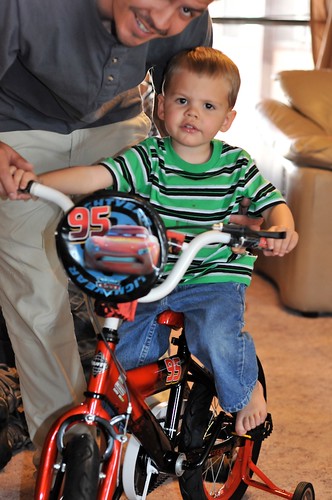 Testing out his new cot and sleeping bag. 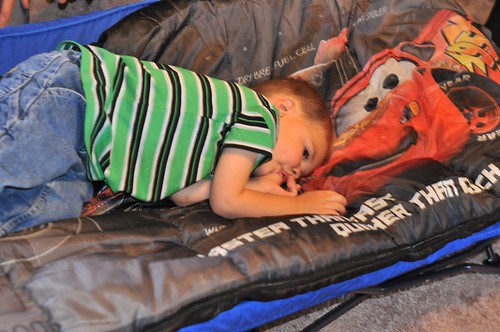 Myles trying out the bike. He was pretty enamored with it actually. 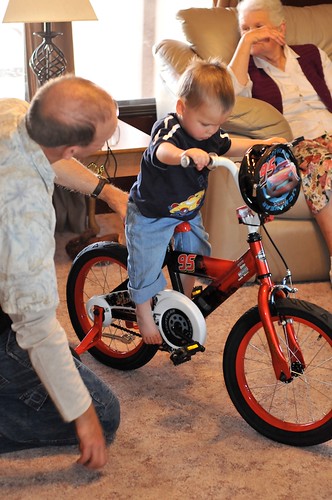 Candles on his cake! Qade was very excited about this part and has been telling me for days that he was going to “blow candles” on his birthday cake. He got them all with one little puff too. 🙂 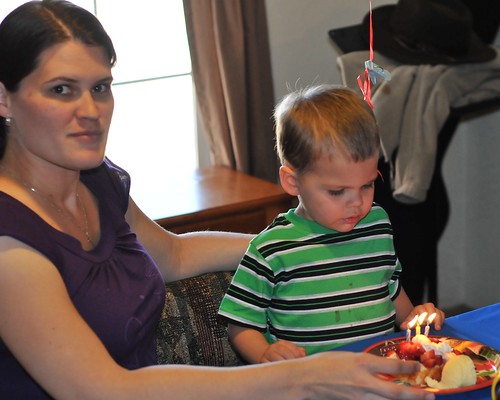 Eating with a fork. No more stuffing cake in the face…. in fact….. 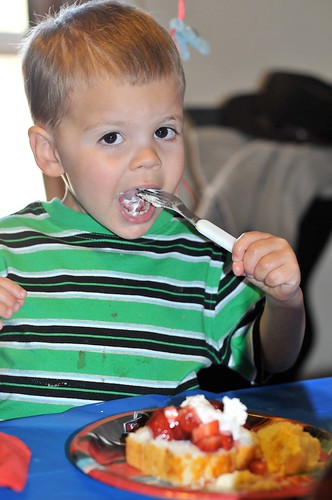 He asked for a napkin for his hands! Ha ha ha!! 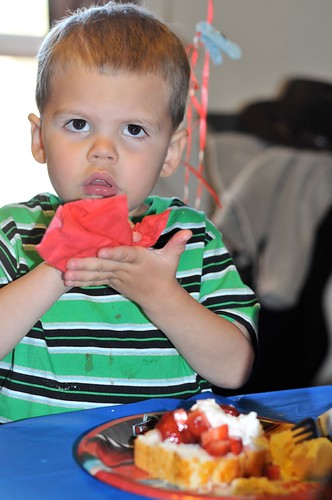