Yesterday I was reading the story of Noah’s ark to Qade from my favorite Bible story book ever!! When it got to the part where God told Noah to build an ark, Qade said, clear as day, “What’s an ark?” Ha! I didn’t even think he was paying attention to the words because he was so busy asking “what’s that?” about every picture on the page! You really should check out this book though, it’s pretty awesome, and Stuart loves the illustrations. It strikes something in that graphic design mind of his. 🙂 I’ve seen it at B&N and Wal-Mart, but Amazon is always a sure thing. 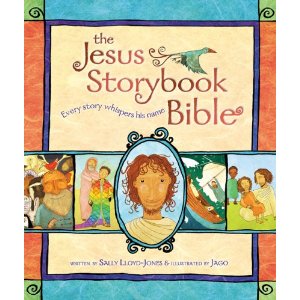 While I’m on the subject of books you should also check this one out! It’s an ABC Bible memory book. A friend of mine recommended it and Qade will be getting it for his b-day. It goes through the alphabet twice and has a memory verse for each letter. Since I want Qade to really learn his letters and sounds this year AND start scripture memory, this book is perfect. This particular one is KJV, which personally I find the easiest to memorize. I did see a similar book, not exactly this one, in NKJV on Amazon. I’m really excited about getting started with Qade on this one. Myles will probably listen in too, he’s a pretty good learner. Myles can already count to three. 🙂 Anyway, check out this book from Alpha Omega Publishing. 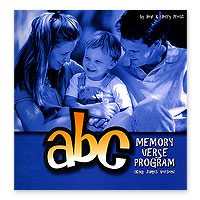 Myles has turned into our little monkey lately. Ever since I found him perched on the shelf in the closet all he has wanted to do is climb on any and everything! The closet is off limits, but of course they still think it’s THE most fun place to play in the whole house. Needless to say that caused several encounters of the disciplinary kind. The last of which was last evening when we had company over and the lads “disappeared” only to be discovered in their closet with all of the clothes ever so nicely thrown on the floor. Hmmmm…. Fortunately I had ordered these “child proof” sliding door locks. It’s not a very sturdy contraption, but so far it seems to work because I’ve watched both of them unsuccessfully try to open it. I just want it to last long enough for them to forget that the closet was oh-so-fun. 🙂

We’ve been working with Myles lately on this bad habit that he’s picked up. His first reaction to any instructions is a very emphatic “Uh-uh” in the negative sense. 🙂 We’re teaching him to say “Yes, Mommy” or “Sir” as the case may be, but those words aren’t really part of his vocab yet, so it’s an interesting teaching experience. We’re also trying to teach him when a negative response is appropriate to say “No, thank you” instead of “uh-uh.” He’s getting that one a little better. Only now he thinks that if there’s anything he doesn’t want from trying something at dinner to getting his diaper changed that “no thank you” is the magic way out. 🙂 Poor little lad, so many disappointments at such a young age. 😉

On the pregnancy side of life, things are looking up. This morning I noticed that I didn’t feel like I HAD to eat something right away to keep from feeling sick. Coffee is starting to sound and taste good again. 😀 Big plus!! And the evening ickies are slowly abating. It’s getting later and later so hopefully one time it’ll strike AFTER bed and I won’t even notice. 😉 OR go away entirely that’ll be fine with me! I have been feeling some tiny movements now and then, so that’s fun. There are days I wonder if I’ll get to the ‘fun’ part of this pregnancy, but mostly I’m just looking forward to it being over and bringing home our newest family member. 🙂

Hope you all are having a swell Tuesday. The wind isn’t blowing in 60 mph gusts today, YET! So I think I’ll grab some jackets and take the wild animals outside where they belong. 😉 Toodles!