Today our darling child, Qade, displayed several talents for us. One was his amazing ability to figure things out, and the other was his artistic and interior design bent. 🙂 Oh yes! Firstly he found his little stool (which I’m seriously considering banishing to the back room permanently!) and used it very cunningly in the kitchen to reach the top drawer. Now there are all kinds of no-no’s in this drawer. It has the cutlery in it, including steak knives. It also holds a box of matches, but none of those things were the object. No, he went for the Sharpie. He deftly pulled the cap off, and “experimented” with how it worked a little bit, right there on the counter. 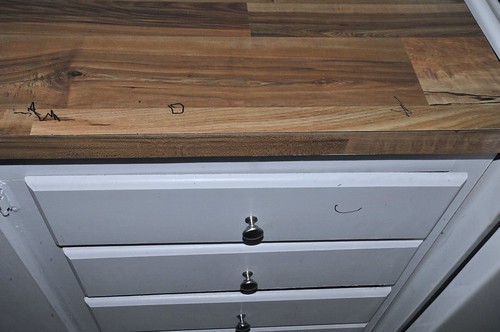 Seeing that it did indeed work swell, he proceeded to mark on several cabinet doors, (yes, the cabinets are dirty, don’t look!) 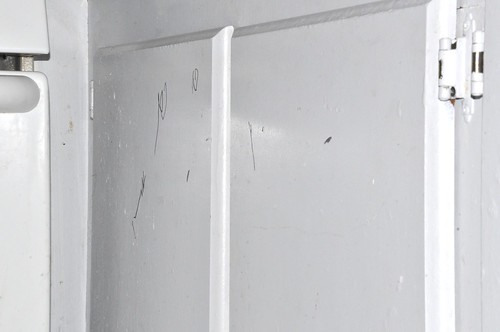 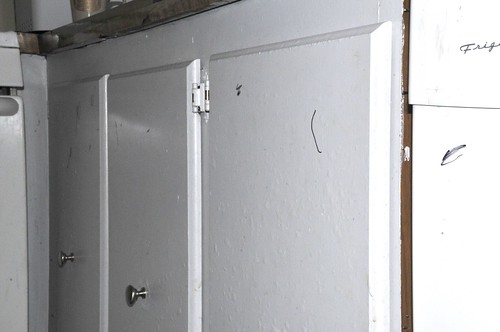 one arm of the rocking chair, 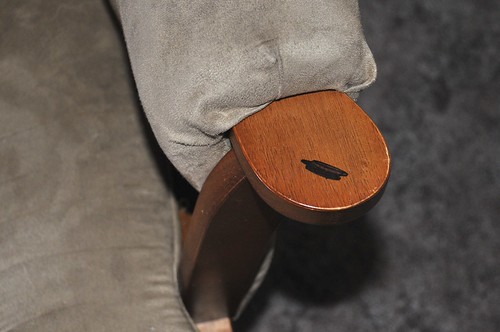 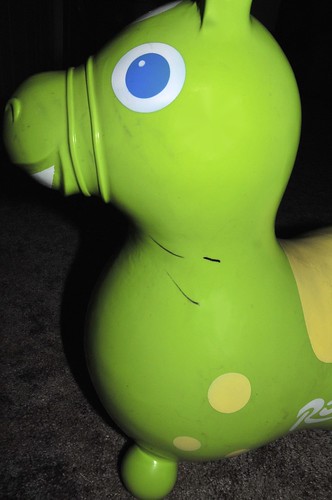 and his masterpiece, the end table. 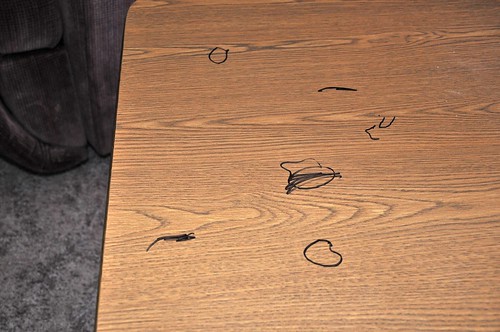 Now when I came upon the scene I wasn’t paying that much attention to the jabbering that was going on around me, until it finally pierced my consciousness that Qade was, very happily, saying, “Qade draw!” and even pointing out his doodles. I realize that he must not really have known that it was “not okay” to draw on all this stuff, but when he heard my very surprised gasp, he figured it out in a flash and started to high tail it away. I called him back because I thought this rogue Sharpie was still lurking out there somewhere. So I asked him where the “pen” was, and he very mater-of-factly told me, “It in the drawer.” Like “duh”. Ha! I looked in the drawer and sure enough, he had put his weapon of choice right back where it came from. Presently Qade did learn that it was not okay to draw on anything but paper. He has been informed of this before, but I’m not sure it has sunk in yet.
I have on my shopping list for tomorrow, a “magic eraser” because I have been told, by MANY sources that this thing really does work magic at getting stuff like Sharpie off of stuff it’s not supposed to be on. I’m not holding my breath however, but I will give it a whirl. In the mean time I will be relocating every writing instrument, the matches, and probably the steak knives to an even higher location. The stool is already banished! 🙂